Imagine a world of 123 billion people, population problem is a full blown myth.

If by some tragedy the population of the world was reduced to half its present number, and I continued to live, then in population numbers I would be back in the year 1968 listening to Jimi Hendrix playing All along the Watchtower and reading the Ehrlich’s book about impending mass starvation.

Back then at school we discussed population explosions, imminent food crisis, nuclear war and the end of time. It seems we have always discussed these topics with an apocalyptic overview.
But the human being is made of sterner stuff. Whatever is thrown at it, war, disease, natural disasters and the rest, we march forward. We are better fed, live longer and are accelerating in knowledge and understanding faster than at any time in our history.
The idea of cutting population numbers to help mankind enjoy the labour of past generations is a full blown myth. Shoulder to shoulder we can put the world's, soon to be, 7 billion humans in the Los Angeles district. So what’s the fear over space. 70% of us will live in massive cities. Urbanism is here. Ruralism should become free and freer. Growing the food in down town office blocks converted to state of the art greenhouses will become a great food business. It will make transport and heating costs disappear while producing fresh and varied produce. 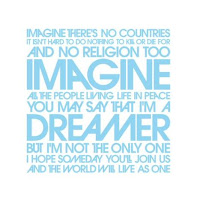 Genetic modification science is a tremendous gift to humans. It releases us from the constraints of past tales and fear of the unknown. Doomers and gloomers should think again over population. Population growth is welcome. What is needed is to embrace this explosion as wealth. Make more food and resolve problems collectively, as a unified species. What is to be gained from further confrontational politics. Anyway, the future is here as we speak. We add 6 million humans to the cause every month.
I see ahead, a world not of 9, 10, 14 billion people but 65, 95, 123 billion people creating a beautiful and realistic liaison with the planet. We constantly ponder over failure while forgetting our great ability to adapt and survive. We should accept the evolution of revolution. Strange I know, but then in 1968 didn’t people say Imagine and I have a dream.
Posted by Martin Nangle at 21:22