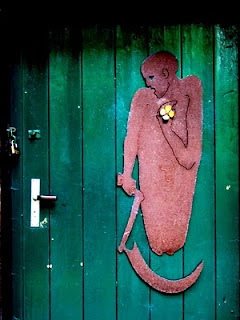 Spain is under attack by the very financial institutions it helped in 2008/9.

Fears were echoed yesterday by the billionaire investor, George Soros, who warned that Europe would almost certainly face a recession next year which might generate "social unrest" and the kind of populist nationalism seen in the
1930s. "That's the real danger of the present situation – that by imposing fiscal discipline at a time of insufficient demand and a weak banking system... you are actually... setting in motion a downward spiral," he said.

It may be true the market can attack Spain for the easy virtual money it craves for. But so can the people attack the markets. Europe's leaders are elected to protect. If they fail new leaders will rise to take their place just as they did in La Reconquista.
Posted by Martin Nangle at 09:50

FM Brussels Calor - "The victory of the N-VA is very bad news for the Flemings in Brussels" says journalist Guido Fonteyn. "It will be a step towards an independent Flanders. The demolition of the language legislation is imminent."
Another reason in securing the atmosphere for greater European economic union. Will 2010 be the year when Brussels asks it citizens if Superstate ruling is more preferable to bear than the vicious chilly winds of faceless Wall street banking masters.
Under the umbrella of the E.U is it possible for smaller communities such as Wallonia and Flanders to pursue their seperatist ambitions while maintaining financial security within a bigger family. Learing to agree to disagree has not the same pain as divorce. Belgium may soon become a confederation of smaller enities but the real challenge for Superstate is to prevent members enduring extreem economic hardships. Otherwise the wolf pack in Wall street will see opportunity for flesh money.
Posted by Martin Nangle at 09:01