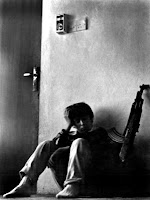 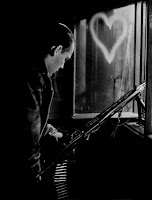 Combatants is a visual narrative on the continuing shift beyond our divisions and conflicts, seen during a photographers journey through Europe. From its concept in 1973, the project presents a documentation of the men women and children who have, are and continue to use their option of armed engagement to influence contemporary political and social changes.

The project is an unbiased communication in the educational modal of traditional photojournalism & portraiture. It endeavours to inform the viewer by visual teaching while providing an interesting and entertaining recount on Europe in our time. Covering a variety of conflicts, topics & issues reflecting stages of alteration, Combatants is aware of history and the importance of disseminating a shared commonality of experience.

(From a photographer's journey through Europe)

Events of 1973 brand the mind of the young photographer.......... the E.U enlarged to include his country....the Vietnam war ended, an oil shock rocked the western world, as did the 60's & 70's social revolutions.

Across Europe armed engagements from Pira, Eta, Raf, Badder-Meinhof, Action Direct, Black September, and others created climates of uncertainty. These battle arenas controlled the photographer's journey as he recorded glimpses of discord and change which influenced the path of today's society.

The project not only records an outpouring of tragedy & cultural partition, but equally represents the immense struggle of human effort in pursuing goals of peace, reconciliation and cohesion.

Juxtaposed against the continuum of dispute, the study of “Combatants” presents life, "history & future” the story behind the photographers journey through Europe exploring the growing need for a universal accommodation in pursuing safer and tolerant societies.

In thus reaching out to Europe's expanding community, exhibiting the message of Combatants" to its variety of citizens will accommodate a contemporary vehicle to provide an all-important bridge between the project, the general public and groups on which the message focuses.

(Presentation, curatorial & media exposure to to be arranged on merits) 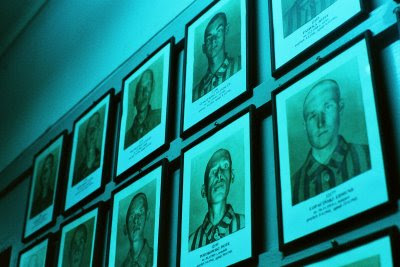 Borders beyond borders wants to examine the if my photography can convey the dark side. I think there is a cause to focus on the continuing use of excessive and criminal force against civilians caught up in conflict. I wish to compile a report using my own and archive images to further the outlawing of what has become in recent history an all too common and babaric attitude to human life. " "Who, after all, speaks today of the annihilation of the Armenians?" Adolf Hitler 1939 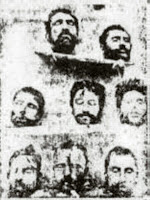