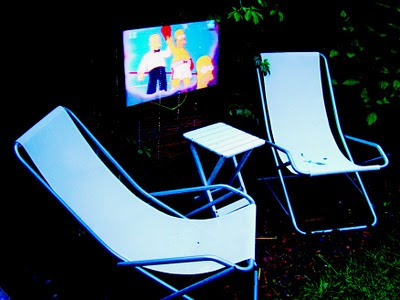 No ringside cheer from a Bush.
On January 27, 1992 President George H.W. Bush made a speech that ignited a feud between the Simpsons and the Bushes. At that point family values were the cornerstone of Bush's platform. He said at the National Religious Broadcaster's convention in Washington "The next value I speak of must be forever cast in stone. I speak of decency, the moral courage to say what is right and condemn what's wrong, and we need a nation closer to the Waltons than the Simpsons. An America that rejects the incivility, the tide of incivility and the tide of intolerance".
So sayeth a leader with a moral conviction to war and torture.
Posted by Martin Nangle at 10:29